I've often heard claims that H264 is a standard format, and you might see this claim from DVR manufacturers. Unfortunately, most DVR makers seem to be endlessly, er, creative, in how they structure their file formats, even while claiming to use 'H264'.

Our PlayerManager application has 94 different players from DVR manufacturers who label their formats as '264' or 'h264'.

Case in point is Swann, who have at least 3 different mutually incompatible versions of 'h264' files. With some effort, FFMpeg can be made to play most of them. The files often include non-standard headers, mystery extra packets, etc, which can trip up even FFMpeg. 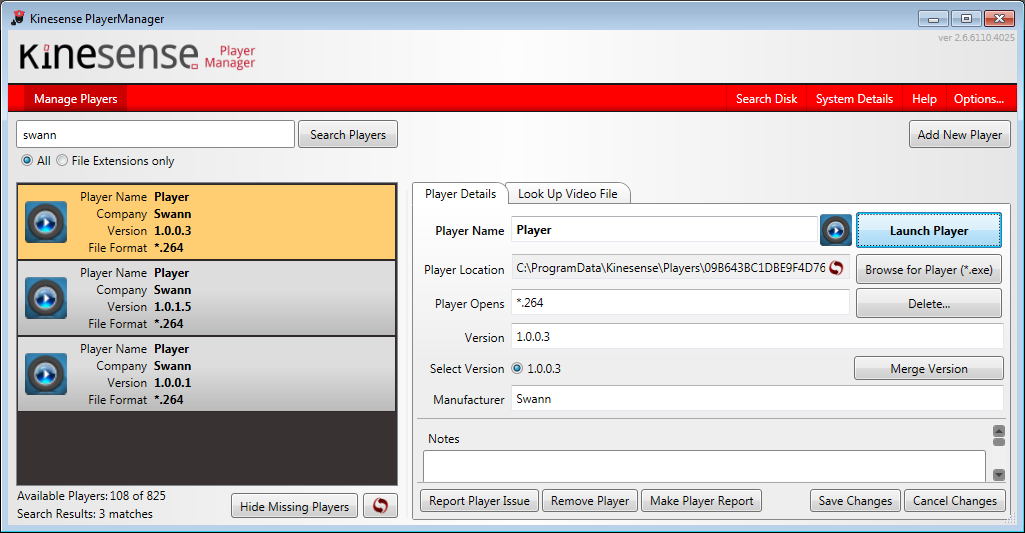 Its been a long hope that the CCTV format issue would eventually 'go away' because manufacturers are moving to more standard encoding formats. Unfortunately, this does not appear to be the case. While more and more DVRs will be labelled 'h264' it seems few are rigorously applying this standard, leaving us investigators back at square one.